The Adventures of Doctor Eszterhazy
by Avram Davidson 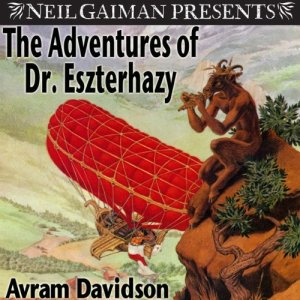 The Adventures of Dr. Eszterhazy by Avram Davidson

Today, I’m just posting a quick mention of a wonderful book I am re-reading after many years, and enjoying tremendously! Actually, I’m listening to it on a great new recording sponsored by Neil Gaiman, which includes a final short story not in the original publication. This is a great way to spend commuting time on CalTrain and Muni!

The plot centers around events in the life of Doctor Engelbert Eszterhazy, a subject of the Triune Monarchy of Scythia–Pannonia-Transbalkania, an Empire in 19th century Europe that never quite managed to exist, as Neil Gaiman remarks.I won’t spoil the fun for you by discussing the plot, but trust me, it’s hilarious on all levels. Everyone will enjoy it, and those with a good background in history, language and imaginative literature will revel in Davidson’s sense of erudite humor. The Triune Monarchy is clearly a pastiche of much of Europe’s culture, history, and religion, all sent up by a master of the genre. 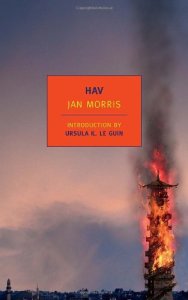 Hav by Jan Morris

That brings up an interesting question: just which genre is it in? If you recall our earlier discussion, it would appear at first glance that this would fall into the category of “Alternate History.”  However, it’s not that simple. Normally one thinks of Alternate History stories to be a playing out of results from an alteration in the time line. For example, what if the South had won the Civil War? How would history have been changed? One of the modern masters of this genre is Harry Turtledove. The Lord Darcy series by Randall Garrett is another great example.

But Davidson is not doing that. He’s just exploring an alternate Europe for fun. It’s more like Hav by Jan Morris. Maybe we should call this sub-genre “Parallel Universes,” or “Alternate Realities.” The titles of two other Davidson collections sum it up perfectly: The Other Nineteenth Century and Adventures in Unhistory!

This sub-genre is set in a version of the Primary World (to use Professor J.R.R. Tolkien‘s terminology from “On Fairy Stories” in Tree and Leaf), but deviates from it without speculating about “What if?” It is what it is! 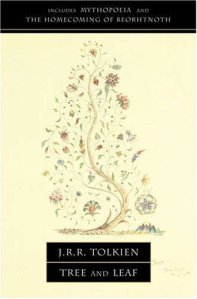 Tree and Leaf by J.R.R. Tolkien

It is also in the sub-genre of “Fictional Countries,” such as Grand Fenwick in The Mouse that Roared (a great movie too, with Peter Sellers) and The Mouse on the Moon, The Mouse on Wall Street, and The Mouse
that Saved the West by Leonard Wibberley. Also in this genre is Peter Ustinov’s Romanoff and Juliet.

Avram Davidson was one of the 20th century’s greatest storytellers, a great craftsman of language. He may be best known for his Vergil Magus series, another parallel universe in which the mediaeval reputation of Virgil as a great sorcerer is retrofitted back into a Rome that never existed, with astonishing results. The series consists of (correctly listed by Wikipedia, except for the last):

There are other Davidson works to savor, and Doctor Eszterhazy is a great place to start!

Enjoy your visit to Scythia–Pannonia-Transbalkania, I certainly am!