Atypical for me, I will be concise in this post.

A lot of hullabaloo has been bouncing around about Kim Davis’s brief meeting with Pope Francis. More and more is coming out, and as it turns out, the person the Pope really did spend a lot of time with in a private audience was a gay former student of his from Argentina, and his partner. There were smiles and hugs all around.

First and foremost, the American press and pundits don’t get this Pope. He embraces everyone, because Christ does. Embracing and loving everyone is not a political position.

Having put that in perspective, let’s turn to the concept of Conscientious Objection, which of course Pope Francis supports, as I do too. CO is a species of Civil Disobedience.

Here’s what I learned about CD in Alexander Bickel’s Constitutional Law class at Yale Law when I was an undergrad.

Supreme Court Justice Abe Fortas wrote the book on CD: Concerning Dissent and Civil Disobedience (1968). It’s a very good, short book, and I recommend it to all. What is germane for the case of Kim Davis is this.

Fortas explains that those who practice Civil Disobedience / Conscientious Objection must be willing to accept the consequences of their actions. They don’t complain or try to get out of their punishment (usually imprisonment). That is an essential part of the witness of Civil Disobedience / Conscientious Objection. It is the original meaning of the word Martyr.

Martyr comes from from Ancient Greek μάρτυρ ‎(mártur), later form of μάρτυς ‎(mártus, “witness”). One who is a martyr testifies to the rightness of her/his position. While we don’t put Conscientious Objectors to death, the system does punish them. That’s how they witness to their cause.

I grew up in the Sixties, and so Conscientious Objection / Civil Disobedience was all around us. Jesuits, Nuns, other priests and religious protested the Vietnam War and Nuclear Weapons, spilled blood on nose cones, and went to jail. Civil Disobedience for Racial Equality was common.

Why Kim Davis is not a Conscientious Objector

What prevents Kim Davis from being a true Conscientious Objector is that she doesn’t think she should suffer the consequences for her action. She whines about her “Religious Liberty,” while denying the Liberty, Religious and Civil, of Gay and Lesbian couples to marry. 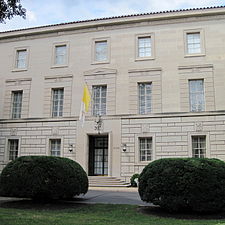 Pope Francis was not prepped properly by the Nuncio (Vatican Ambassador) in DC, Archbishop Carlo Maria Viganò, who put together the guest list, including Kim Davis. The Nuncio was appointed by then Pope Benedict XVI, and is a doctrinaire right-winger. So it was a set-up. The Pope extended greetings and support to Ms Davis as he does to everyone, unconditionally.

One final note. In news reports, Ms Davis is sometimes referred to as an “Apostolic Christian.” If words really mean anything, then she is most certainly not. Churches that descend directly from the Apostles are:

— The Catholic Communion of Churches

— The Eastern Orthodox Communion of Churches

— The Oriental Orthodox Communion of Churches

— The Church of the East.

A good argument can be made for the Anglican Communion of Churches, and the High Church, Mainline Protestant Churches also being Apostolic Churches, due to their descent from the Church of Rome.

The Traditions of Christianity. © 2014 Steven A. Armstrong

How ironic. By any real definitions, Kim Davis and her Church are neither Apostolic nor Christian. Of course, she has every right to her beliefs, but needs to bear the consequences of her Civil Disobedience.

Here are links that prove my surmise that the Kim Davis “meeting” was a set up by right-wing forces in America and the Vatican:

Published from my iPad and bluetooth keyboard, since my Mac Book Pro is ailing and will be going to the Apple Store soon for healing.

One thought on “The Pope, Kim Davis, and Conscientious Objection”