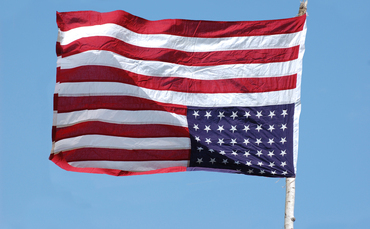 In the wake of recent Electoral Events, I will be posting a series of Commentaries, probably beginning next week through early December. I truly hope to contribute to the dialogue, and invite your comments on my posts.

Unlike the Republicans during President Obama’s administration, I do not hope for and will not work for a failed Trump Presidency. I hope he jettisons all of his campaign rhetoric and does a great job, and I support him in any good things he will do.

These blogs will be for perspective, and for going forward.

Note: I have strong opinions and statements, and I back up what I say with evidence. If you share ideas, please back them up with evidence, not just feelings. I’ll outline that in my blogs. You are free to have feelings, but feelings ≠ (do not equal) evidence.

I do not believe—no, I know—that there are not two sides to every story (there are sometimes, but not always). Sometimes one side is true, and one side is false, and no amount of believing will make the other side true: e.g. Earth is round: Case Closed. Our Media must realize this and act accordingly.

Update: Here’s a posting I sent to friends (real friends) on Facebook:

OK my (real, not FB) friends, since you’ve all been in the discussions.  I’m not going to belabor this, since I am preparing probably a month of Blog Posts putting forth my whole argument. See the preview at www.stevenaarmstrongsf.com . Here are my basic points:

Nationalism: Fascism seeks to solve economic, political, and social problems by achieving a millenarian national rebirth, exalting the nation or race above all else, and promoting cults of unity, strength, and purity

Totalitarianism: It opposes liberal democracy, rejects multi-party systems, and supports a one-party state, which we now have with all the power with the Republicans.

Economics: Some of this does not fit Trump. I am an honest guy. But this part does: Fascists criticized egalitarianism as preserving the weak. They instead promoted social Darwinist views.

Action: Fascism emphasizes direct action, including supporting the legitimacy of political violence, as a core part of its politics. See his rallies.

Age and gender roles: His misogyny, sexual abuse, and a retrograde gender view.

I am doing this for you, to save all of us! You have no idea the evil that has been loosed upon us.

Enough for tonight. I will continue my battle tomorrow and the next, and the next until we have built Jerusalem in America’s green and pleasant lands.

Please God, Truly bless America, and make her The City set on a Hilltop.

My modern adaptation of the Troparion of the Holy Cross in my Byzantine Christian tradition:

“O Lord, save Thy People and Bless Thine Inheritance,
granting to Thy People Victory over any who oppose Justice!
And by the Power of Thy Cross, Preserving Thy Commonwealth!”

NB: Some of the accents are wrong in the Greek–not my doing! They forgot the rule about grave accents on the ultima before other words. Ah well!

The sacred meaning is still intact!