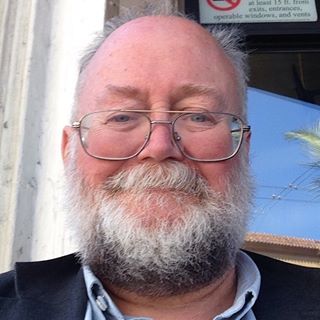 1. There has been a decades-long, behind-the-scenes stealth campaign very successfully waged by the Radical Libertarian Right and their allies to end Majority Rule in the US, and to privatize almost everything. It is nearing its fruition.

2. The Left since the Vietnam War has marginalized itself by gradually morphing into a quasi-religious Cultural Left inspired by philosophies such as Marxism, and the writings of Foucauld and others, rather than the highly successful Patriotic Reformist Left that scored so many victories during the 20th Century. (Think: Labor Unions, Trust Busting, Women’s Suffrage and Rights, Civil Rights, LGBTQ Rights, the New Deal, et al.)

These two streams have joined to create a Perfect Storm which threatens the very foundations of American Democracy.

Those who know me know that I am NOT a Conspiracy Theorist, but what I have found is inescapable. I am on the Patriotic Reformist Left, and reach across the aisle in the spirit of cooperation.

Here are the Questions:

¤ For us on the Left: How do we act effectively to return to a powerful and effective Reformist Left that can defeat the Radical Libertarians of the Right and preserve our Democracy? How can we cooperate with mainstream Conservatives to face down this common, insidious enemy?

¤ For Both Mainstream Conservatives and Liberals: How do we restore the dignified, legitimate Liberal and Conservative cooperative balance that so many of us grew up with (The Loyal Opposition) and preserve our Constitutional way of life?

¤ How do we all restore the mixed Economy (fruitful cooperation between Business and Government) that truly made America the leader of the world during the 20th Century?

The Truth is Out There, but with so much information, it can be difficult to sort through it all in an effective manner.

That’s where I come in. I have done the homework and can walk with you as you learn what has happened and how to change it.

Let’s set up a Guided Reading Course, either in-person in San Francisco, or anywhere online though state-of-the-art teleconferencing. We can negotiate the rates, and the duration. This can be for individuals and groups.

Read through my Blog Posts to see the range of resources I can bring to the table, and discuss them with you, leading you through this special tutorial process.

I look forward to working with you!